Best Violin Sonatas of All Time

The best violin sonatas of all time including all different types of violin music and famous violin songs that everyone knows and loves.

Composers have been writing for the violin for hundreds of years, and the repertoire spans a truly staggering range of musical styles, instrumentation, and creative innovation. Sonatas, specifically, are one of the most versatile and moldable categories of violin repertoire.

Traditionally, the sonata is a sub-genre of chamber music, and they’re typically written for two instruments: a solo violin and a piano.

Sonatas are intimate, collaborative, and show off the virtuosic skills of each instrument without the full heft of a concerto. They’re a favorite of recitals, small salon style-concerts, and recording projects. They’re also often required repertoire for students of the violin, and almost every audition includes at least one sonata requirement.

Composers have also, in the past century, begun branching out and stretching the definition of what a sonata is. There are now works for violin and another instrument in place of the traditional piano part, or “solo sonatas,” written for violin alone.

Below, you’ll find 10 of my favorite examples of this extensive category of repertoire. While “best violin sonatas” is an incredibly subjective term, I’ve picked the selections on this list based on my own experience as a professional violinist and teacher, as works that are representative of the genre and ones that I find particularly wonderful.

I’ve also tried to select works that cover a range of skill levels, from intermediate to virtuosic.

What Makes a Great Violin Sonata?

There is a huge range of musical styles encapsulated in the category of violin sonatas. So what makes one great? 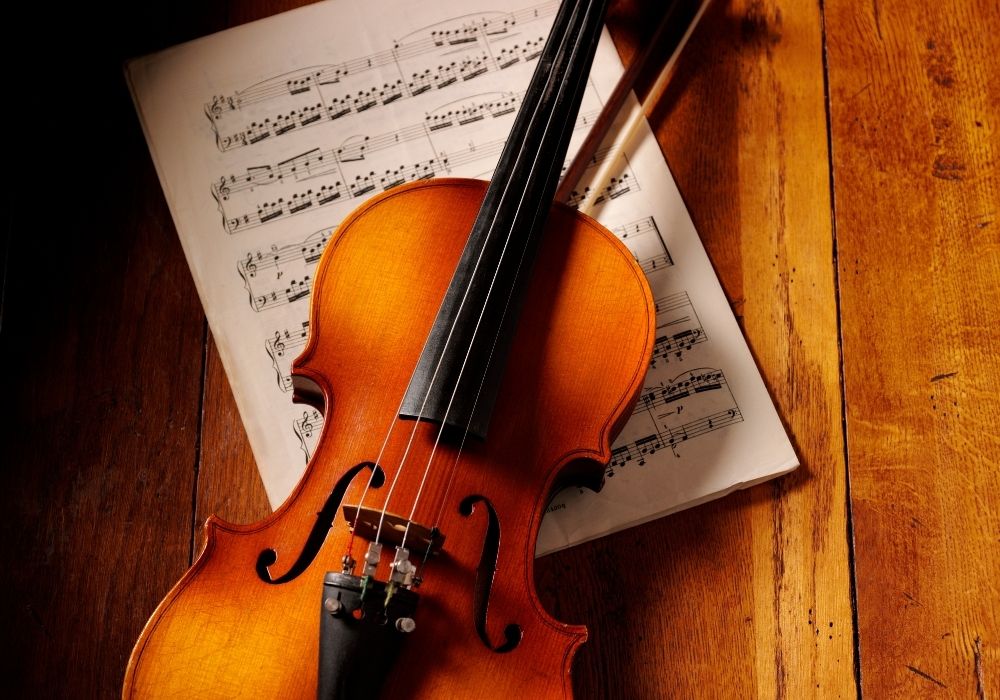 I hesitate to pinpoint one particular trait, particularly since so many of these pieces are unique, but overall I’m drawn to works with a range of emotions and works that take listeners on a journey through many different characters and colors.

Because violin sonatas have been a staple of classical music repertoire for centuries, they roughly follow the styles of different time periods. Here are a few of the most significant time periods in violin composition:

Baroque period music typically refers to works written between 1600-1750. It bridges the gap between Renaissance music and what we know of as modern classical music. It’s the first example of music written in tonal systems familiar to us today.

The classical period spans roughly from 1730 to 1820 and features a lighter texture and far more buoyant style than Baroque music. String quartets and other forms of chamber music were ushered in during this period, kickstarted by composers like Haydn and Mozart, and sonatas — particularly those for the violin — took off during this time.

Lush, emotional, and romantic, music from this era hails from roughly 1800 to 1900 and revolutionized the emotional range of classical music. Composers like Beethoven, Robert Schumann, Schubert, Paganini, and many more followed the trends in philosophical thought, art, and writing towards existentialism and surrender to nature. The sonatas from this time are exemplary of these characteristics.

The 20th century was a turning point in classical music, away from lyrical, expansive works into fragmented, experimental, and incredibly diverse compositions. While some composers followed — and expanded upon — the work of romantic composers, others threw out the rule book completely.

Sonatas from this time are incredibly diverse and began to expand or destroy the traditional definitions of the genre entirely.

Contemporary classical music has further pushed the boundaries of classical music. Composers are collaborating with pop musicians, jazz musicians, and many other genres, redefining what is possible. Sonatas are no exception, and there are many wonderful works.

Below, you’ll find 10 of my favorite violin sonatas from a range of musical eras and composers, and I’ve included my favorite recordings.

I hope you’ll give them a listen and use them as a jumping-off point to discover your own favorite works.

1. Sonatas and Partitas for Solo Violin

While they don’t fall into the traditional instrumentation of a sonata, Bach’s Sonatas and Partitas for Solo Violin are some of the most essential works for the violin. Although originally used as etudes and teaching exercises, these pieces have come to hold a near holy place in the violin canon. They’re now staples of every student and professional performer’s essential repertoire.

These works are expansive, gut-wrenchingly beautiful, and complex. Many performers spend many years trying to get their vision of these pieces right.

Ludwig van Beethoven is still one of the most prolific composers of all time, and his work is played on concert stages all around the world every year. His violin sonatas follow and mirror much of his other chamber music, but also offer distinctive compositional features.

Over the course of his career, he wrote 10 sonatas for violin and piano, and No. 9 is perhaps the most famous. This incredibly virtuosic and emotionally nuanced work is only approached by the most advanced players. I love the interplay between the violin and piano parts in this work and its extreme emotional range.

James Ehnes and Andrew Armstrong have made it a life project of their performing careers to perform and record all 10 sonatas, and their performances are an utter joy to experience.

Mozart wrote over 30 violin sonatas over the course of his short life, and they track the progression of his career. Despite this huge number, K. 304 is the only violin sonata that Mozart wrote in a minor key.

It’s a beautiful example of the classical style, as well as its emotive possibilities. This is required listening for any student of the violin.

Johannes Brahms is the master of the sonata. His writing is uniquely suited to the lush possibilities of the violin and the density that can be achieved through piano lines. The emotional punch of this piece will leave listeners reeling for hours afterward.

His G Major Sonata is grand, regal, and deeply human, and has been a favorite of violin students and concert audiences since its publication.

While Brahms may have been the giant of romantic-era sonatas, Schumann should not be overlooked. He’s famous for his character writing, often putting two contradictory characters and colors together in an epic battle throughout the work, and his sonatas are entertaining and profound.

The A Minor Sonata is perhaps the best known, but I encourage you to listen to the other violin sonatas if this one catches your ear.

6. Suite Op.6 for Violin and Piano

After the lush swaths of romantic era composition, the 20th century became distinctly weirder. British composer Benjamin Britten took the techniques of his predecessors and twisted them in his own unique way. The Suite for Violin and Piano is an excellent example of the complexity and weight of his writing.

Although Britten is better known for his orchestral works and string quartets, I think this piece deserves just as much — if not more — attention and listening time.

Following in the footsteps of Bach’s solo sonatas, Ysaÿe wrote six sonatas for solo violin. These works are magical, extremely difficult, and a delight to listen to.

Performers are notoriously wary of performing these works live due to their immense difficulty and technical requirements, but the ones who pull it off create something truly magical.

Prokofiev’s violin sonatas follow in the footsteps of romantic sonatas, but are adapted to his own, Soviet-influenced compositional style.

Written in the middle of World War II, the D Major Sonata takes listeners through a huge range of emotions before ending on a surprisingly positive note, most surprising when considering the circumstances in which it was published.

Amy Beach was overlooked, due to her gender, for far too long, but in recent years performers are bringing her works to the concert stage, and for good reason.

Although Violin Sonata, Op. 34 is written largely in the romantic style, her own unique voice comes through. It’s a masterful work of emotional and technical depth.

While not technically categorized as a sonata, Jesse Montgomery’s Rhapsody for solo violin sounds to my ear like an extension of the style.

I love these pieces for their weirdness and sweeping grace, and I hope that they’ll gain far more prominence in performance in years to come.

Almost every classical composer tries their hand at the violin sonata at some point in their career, but they’re not all created equal. 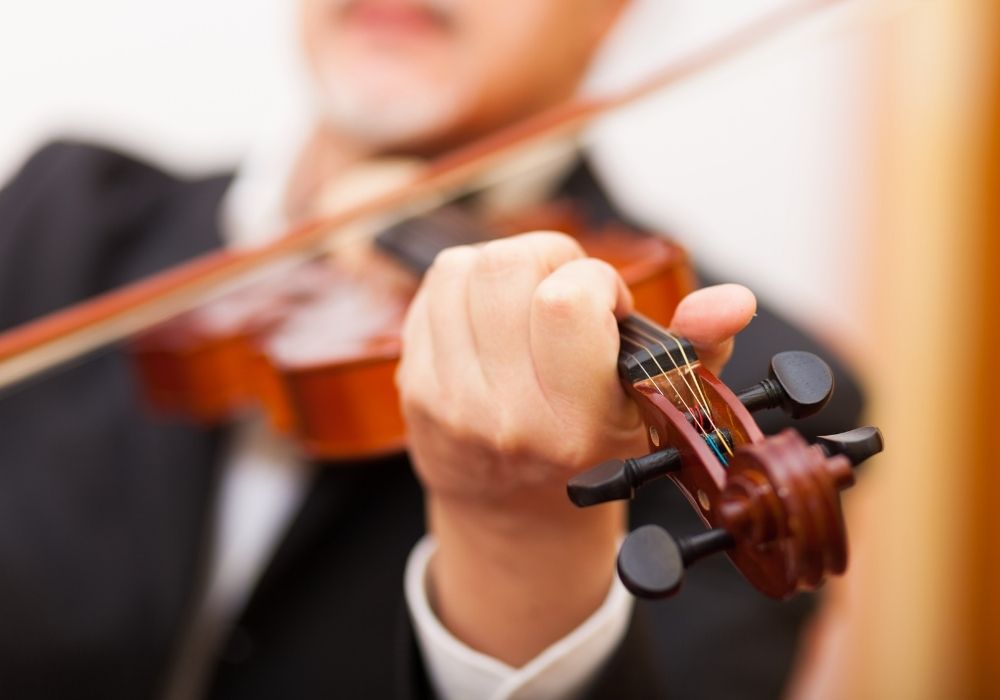 I think it’s somewhat reductive to categorize the “best composers” in any given category since there is such an enormous range, but there are a few that stand out.

Beethoven is obviously one of the best-known composers in history, and it’s not unjustified. His works are deeply human, complex, and joyful, and his sonatas are incredible examples of his brilliance.

In much the same way that his string quartets evolved over the course of his career, the sonatas similarly follow a trajectory, a bridge between the classical and romantic periods and a model for composers who followed.

Brahms sonatas are just so good. Almost every single one of my friends and colleagues remembers where they were the first time they heard a Brahms sonata performed, and a not-insignificant number of professional violinists cite this moment as a turning point in their decision to pursue music as a career.

My personal favorite in this short list has to be Prokofiev’s sonatas. I love how they take the tools and styles of works written before and then totally turn them on their head. They’re exuberant, heartbreaking, incredibly virtuosic, and entirely unique to Prokofiev.

As you hopefully gathered from this list, there’s a huge range displayed in the sub-genre of violin sonatas. They span all of modern classical music history. Whether you’re looking for an experimental contemporary work or an expansive romantic piece, you can find a sonata to match your vibe.

When it comes to finding recordings, I love to look for those that center both the violinist and the pianist, as these are also works of chamber music in their own right, and not merely a violin solo line accompanied by a piano.

If you listen closely, you can hear a riveting conversation between the two instruments, which is one of the many reasons that sonatas are so much fun to listen to.

I hope this guide helped you find some pieces to start your listening journey. If you enjoyed this post, please like and share, and let us know what your favorite sonatas are!