The 10 Best Violin Concertos of All Time

The violin is one of the most popular instruments in the classical music canon, and thousands of composers have tried their hand at writing concertos for the instrument. The enormity of the genre can be overwhelming, so I hope that this guide will help you start your listening journey!

As a professional violinist and violist and teacher, I have performed, listened to, and taught hundreds of violin concertos. Naturally, I’ve developed favorites, and it should be noted that an article claiming to definitively list the “10 greatest concertos of all time” cannot help but be subjective.

Below, you’ll find a list of my favorite concertos or those that I view as critical in the history of violin music and classical music history as a whole. I’ve also included my favorite recordings of each, and I hope you’ll give them a listen!

What Makes a Great Violin Concerto?

Violin concertos are as diverse as classical music itself, and there are many different aspects that can make a piece great. Because of the wide range of the violin and the emotional capacity of the instrument, violins are particularly suited for concertos because of their ability to cut through the density of the orchestral sound. 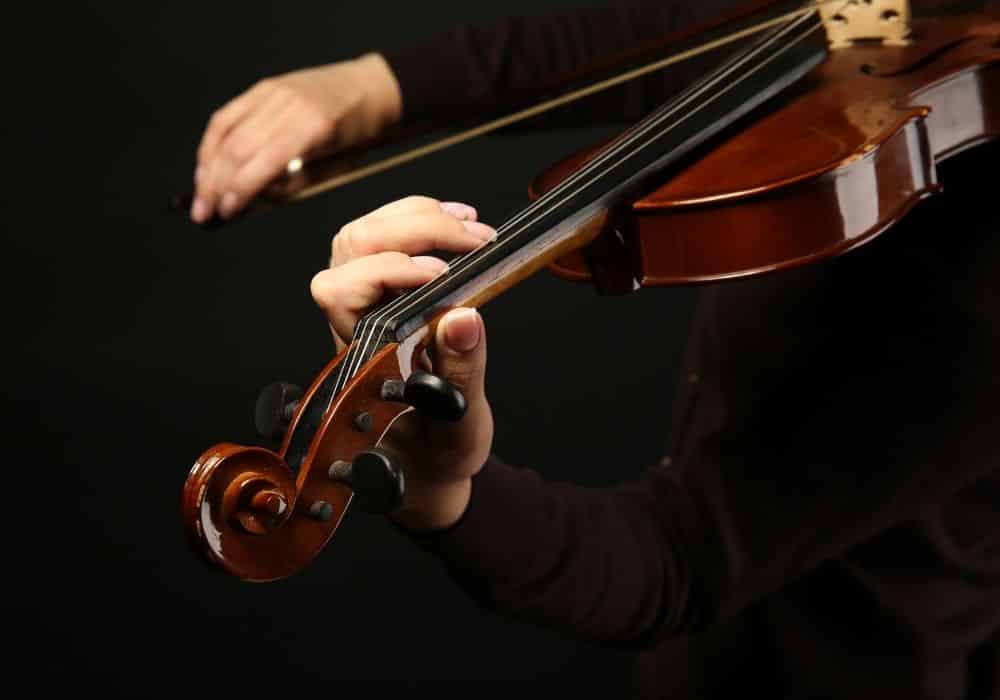 The most effective concertos utilize the emotive capacity of the instrument and tell a story. Below, you’ll find 10 of my favorites.

Composers have been writing violin concertos for all of modern classical music history, so there are examples from every significant era of classical music. Here are the five main time periods:

Following the Baroque period, the Classical period marks a shift in classical music history and sets the foundation for all compositions that follow. The period spans from about 1730 to 1820, and significant composers include Joseph Haydn, Wolfgang Amadeus Mozart, Carl Philipp Emanuel Bach, Muzio Clementi, and Leopold Mozart.

Ludwig van Beethoven and Franz Schubert are considered to be transitional figures between the Classical period and the Romantic.

Closely related to Romanticism, the intellectual, artistic, and literary movement that dominated the 19th century, the Romantic era in classical music is characterized by lush and expansive compositions that rebelled against the strict confines of the Classical and Baroque periods.

The 20th century marked a significant expansion of the diversity of music, and genres and compositional techniques exploded and fractured. In classical music, the period was marked by experimentation and rejection of traditional norms.

Below, you’ll find 10 recommendations for great violin concertos. I’ve chosen these based on their significance to the classical canon, their compositional quality, and the most important concertos for students. 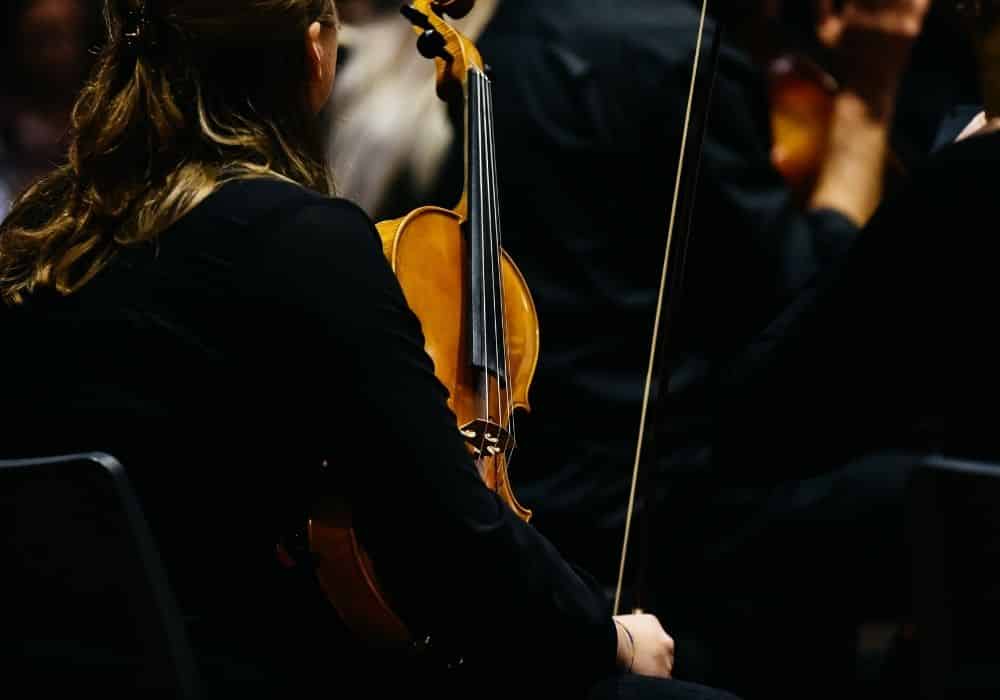 I also included my favorite recordings, and I hope you’ll give them a listen!

Unlike much of his other work, Beethoven’s violin concerto was given little attention when it was first composed. In 1844, this all changed when the 12-year-old violinist Joseph Joachim gave a revival performance with the London Philharmonic Society orchestra, conducted by Felix Mendelssohn.

Since this revival, Beethoven’s concerto has become one of the most famous violin concertos in classical music history. It bridges the gap between the Classical and Romantic periods and was heavily influenced by the French style of composition from the time period. It’s notoriously difficult and requires incredible skill and mastery.

The concerto holds a position of reverence in the violin repertoire canon and is widely loved. It’s virtuosic, expressive, and incredibly beautiful. It’s the pinnacle of the genre. Beyond its position in classical music, the concerto also appears in the 2007 film There Will Be Blood and is sampled extensively in the 2004 Alicia Keys song “Karma.”

Mozart’s violin concertos are a quintessential example of Classical era concertos and follow a relatively uniform fast-slow-fast, three-movement structure. These concertos, and particularly the 5th, are popular with students and professionals alike and require precise control of the instrument.

This piece is particularly important for students to know and eventually learn to play.

Bach’s Concerto for Two Violins, colloquially known as the “Bach Double,” is one of Bach’s most popular works. It’s part of almost every violin student’s repertoire. While it’s technically far easier than works like Beethoven’s or Brahms’s concertos, the work is sophisticated and entertaining.

This is a long-time favorite for student concerto competitions, and it’s well worth your time to familiarize yourself with this piece.

It was the only violin concerto written by Tchaikovsky, and it’s emblematic of the composer’s Romantic period compositional style. It’s a favorite of students and professionals alike.

Bela Bartok wrote two violin concertos over the course of his career, but only his second gained any recognition. The second concerto, written between 1937 and 1938 and premiered in 1939, was written in a difficult period of Bartok’s life, amidst growing concern for the rise of fascism in Europe.

The concerto is an essential work of 20th century music. It leans heavily on emerging compositional techniques, including 12-tone writing (a departure from the traditional tonal structure of the Classical and Romantic periods) and an expansion of the traditional concerto form.

Finnish composer Jean Sibelius’s violin concerto is largely considered to be his greatest work. Credited with helping to establish a Finnish national identity, Sibelius was a prolific composer of symphonic works and chamber music, and his violin concerto masterfully combines techniques from both.

Sweeping, emotional, and achingly beautiful, the violin concerto is an essential work in the violin canon and a favorite of professional soloists and students.

This work is a popular choice for a student’s first “real” concerto, although it’s still performed by professionals frequently.

Wynton Marsalis, the legendary jazz trumpeter, is best known for his extensive contributions to the world of jazz, but he’s begun to dip his feet into the world of classical music composition. Written for his friend and world-famous violinist Nicola Benedetti, the violin concerto is a masterful work.

The piece is based on organic connections between classical symphonic writing and jazz, African American poets and musicians, Scottish poets, and collaboration with Benedetti herself.

Higdon’s concerto follows a traditional three movement structure and uses each movement to showcase different aspects of the violin’s capabilities. It was positively received by critics and audiences, and in 2010 it was the prize-winning composition for the Pulitzer Prize for Music.

Many composers have tried their hand at the violin concerto, to varying results. As a professional musician and teacher, I consider these three composers to be the pinnacle of this genre. 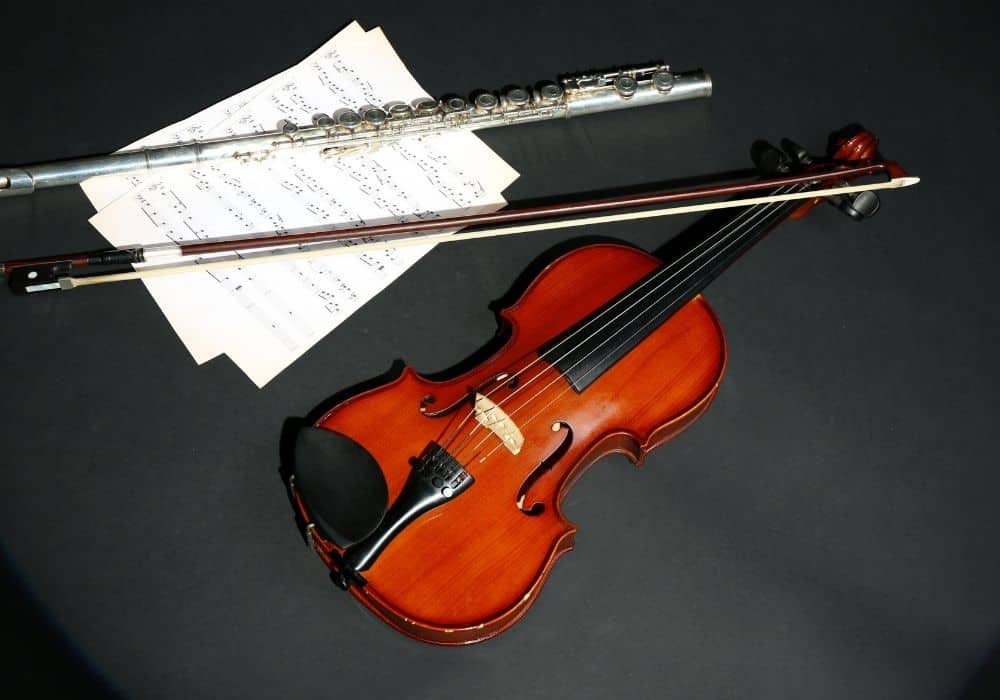 Brahms’s violin concerto is unparalleled in its scope and artistry. I cannot remember a time hearing this piece when I wasn’t incredibly moved, and no work can compare to its depth of character and expression.

Beethoven’s violin concerto established the genre in the long term and cemented the violin as a prominent and essential instrument in classical music composition. Straddling the Classical and Romantic periods, Beethoven is a pivotal composer in the history of classical music, and his violin concerto is a significant contribution to music history.

The Sibelius violin concerto is the third “must play” concerto in the violin repertoire. It’s a truly exceptional piece of art. While Sibelius is less well known than other classical composers, his violin concerto has risen to the top of the genre for good reason. This is a concerto that every violinist should know and study.

The violin concerto has been a pillar in classical music for centuries, and nearly every prominent composer in the history of classical music has tried their hand at composing one. Because of its acoustic and expressive capabilities, the violin is uniquely suited to the concerto format, and the best composers are skilled at tapping into all of the instrument’s strengths and characteristics to make a piece that soars.

While most violin concertos follow a traditional three movement structure, composers throughout classical music history have adapted and pushed the boundaries of the genre to express their own unique compositional identities and styles. This list is an initial guide to the genre, and I hope that it will serve as a jumping-off point for your listening journey.